OUR BEGINNINGS and HISTORY 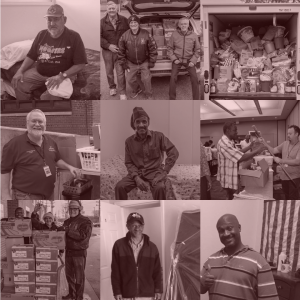 Military Outreach USA was founded in 2010 as Military Outreach Greater Chicago by a group of caring individuals who saw a need to be filled for our Military Community.  That need was to ensure there was awareness among, initially, houses of worship, and later business and centers of education, to have an awareness of issues that could affect those men and women returning from service in Iraq and Afghanistan. Once that awareness was created resource materials were provided to help serve those men and women who served us.

The template for this outreach worked so well that in November of 2013 the decision was made to change the name from Military Outreach Greater Chicago to Military Outreach USA and take our programs nationally.

Between November 2013 and May 2015 efforts were made through nationally conducted webinars and presentations in major cities to create awareness about the invisible wound of war called Moral Injury.

It was quickly realized that our partners wanted to do tangible programs to help the Military Community. In May of 2015 a meeting was conducted with the Department of Veterans Affairs as to how best Military Outreach USA could work with them is serving Veterans.  As the VA was (and still is) heavily involved in ending Veteran homelessness the subject of providing formerly homeless Veterans was discussed. A program titled Veterans Exiting Homelessness was developed as a pilot program for N. Illinois whereby Military Outreach USA would conduct collection drives for basic move-in-essentials for Veterans exiting homelessness. Within a couple of months thousands of items were being donated to VA facilities in the area to help Veterans. It was also at this time that Military Outreach USA developed the Beds for Vets program in partnership with a local mattress manufacturer.

in January of 2016 the program was taken nationally and a Memorandum of Agreement was signed between Military Outreach USA and the Department of Veterans Affairs solidifying our partnership to serve Veterans.

Today, Military Outreach USA stands at the forefront of service organizations in providing through our partners tens of thousands of needed items for our Military Community.

With the continued support of our donors and partners we will continue to serve.

PARTNER WITH US AS WE SERVE THOSE WHO HAVE SERVED US.

Receive this newsletter in your inbox!